Burundi is known to be one of the poorest countries in the world where more than 80% of the Burundian population live in extreme poverty. In the Burundian context, being a parent is not easy – sometimes struggles for life, and ignorance for others, may prevent some parents from being able to fulfil their parental role which leaves young children lacking material and emotional support. Parental affection and good conditions for growth are so important for children to grow and reach their full potential.

Burundi has 18 provinces and there is a need for Home-Start in all of these provinces, however as we conducted our assessment prior to starting Home-Start, we found that some provinces are more in need than others. We decided to start offering our services in 2 provinces – CIBITOKE AND BUJUMBURA (Bujumbura rural) because in these provinces the local government has settled people who fled their homes and lived in foreign countries as refugees during the civil war. Others moved from their homes to different places in the country looking for safety. The government of Burundi have given many of these families new estates where they have started a new life.

Donations are sought for the families who were in desperate need. The donations include hygiene items, raw food products and children’s toys. The scheme has been supported financially by Leana. Last year Home-Start Worldwide started an online fundraising campaign to help Home-Start Giriwanyu run their first Course of Preparation for volunteers. The money raised during the campaign enabled them to train their first 15 volunteers in February 2018 who are now ready to support families.

For the Christmas celebration, a festival was organised for the families. There was food, drinks, songs and dance. The members of Home-Start Giriwanyu and the families had anenjoyable time together. Some representatives of the local and regional authorities were invited and also enjoyed the day. 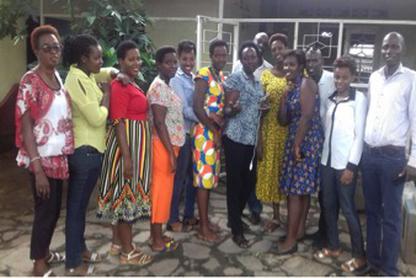 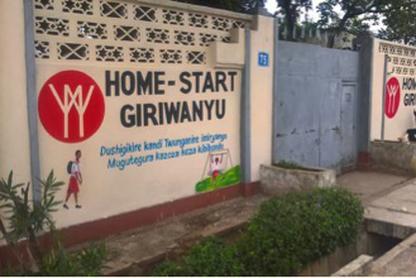 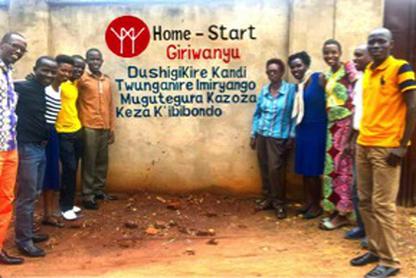