Home-Start was launched in Canada in 1989, just 16 years after the first UK scheme. Margaret Dutie, a social worker, had seen Home-Start in the UK and set her heart on a scheme south of Montréal. The interest from England was such, at this first overseas venture, that Margaret Harrison CBE, who had founded Home-Start, attended the inaugural meeting. To this day, Margaret Dutie still supports Premiers Pas.

Premiers Pas was initially run on a purely voluntary basis. The first Coordinator was recruited in 1992. Years later, in 2007 due to the generosity of a local businessman, Premiers Pas Québec was set up as the National Office.

The role of the National Office is to support existing schemes and promote expansion, working hand-in-hand with other community services.

There are now 10 schemes in Quebec. These schemes supported 176 families with 406 children in 2017 with 117 trained volunteers working across 70 designated communities. Some schemes are independent, but a marked feature in Quebec, especially in rural areas, is Home-Start’s partnership with community associations, be they direct family support groups or facilities provided by the municipality for charity use. Our schemes have access to office premises and meeting rooms, and to other services like playgroups.

Our National Office is entirely supported by local and national businesses. This is through two annual fundraising events now firmly established on the local calendar. The first is a family sporting challenge, the Défi Rame don, on the Saint Lawrence River, which is followed by a splendid cook-out. The second is an annual fundraising dinner, a sell-out in 2016. These events, plus the appearance of celebrity ambassadors, significantly raise Home-Start’s profile.

Premier Pas Quebec thoroughly revised the materials used in volunteer training as well as the forms used to identify the needs of families. We now use more efficient standardised tools to evaluate our schemes in order to produce province-wide statistics.

Premiers Pas Québec is also active in the media, carrying out an annual campaign with the help of our precious spokesperson, actress and film director Micheline Lanctôt.

In order to acknowledge the indispensable work of our volunteers, Premiers Pas Québeccreated the ‘Volunteer of the Year award.’ The winner is announced and a presentation is made each year at the General Assembly.

Because we share a common language, we have been able to help and inspire Paseo, Home-Start in France.

A very valuable contribution that Quebec has made to Home-Start has been in proving early on in the organisations existence that the concept of Home-Start applies so easily across cultures. As Jean Charles Meunier wrote so movingly in his word.press article on Premiers Pas: ‘’C’est dire l’universalité de certaines idées qui passent les frontières et traversent le temps.’’ (“It is about the universality of certain ideas that go beyond country borders and the passage of time.”) 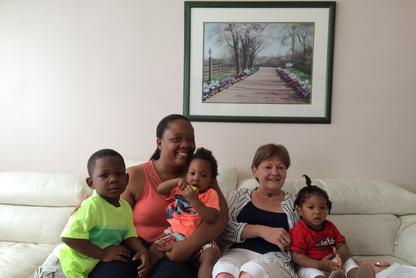 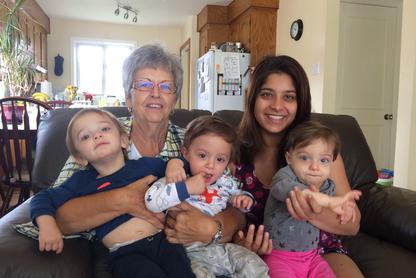 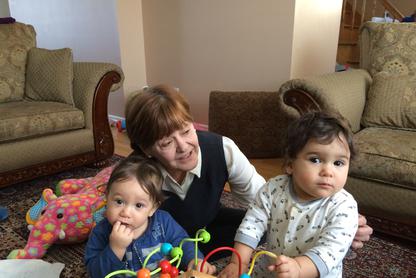